The two ideas I’ve chosen to expand on are the 2D Side-Scroller RPG, and the Driving Simulator. Only one (if either) can win the role of being chosen for the capstone project, so we’ll see which one makes it to the surface sometime soon. 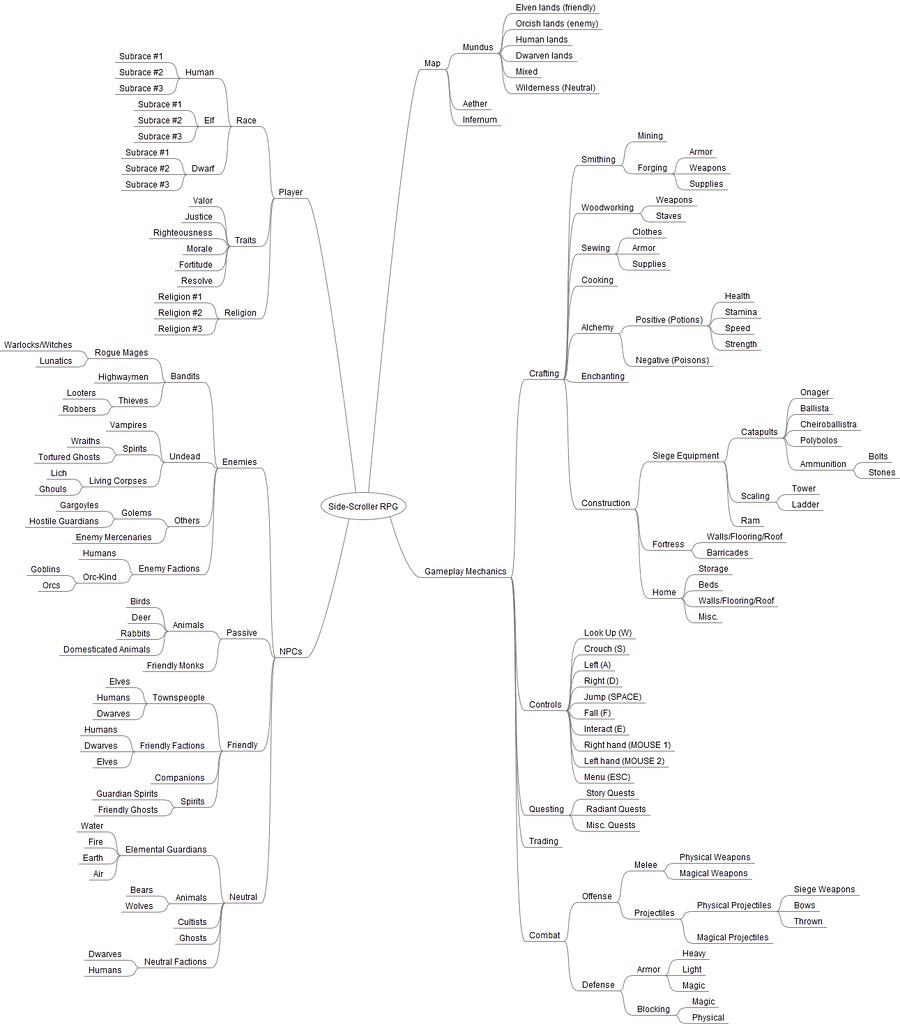 My first idea is a bit extravagant for a first game, but it could be simpler since it’s 2D. Or it could be more difficult on Unity, I honestly have no idea as of now. Anyway, your character would be one of three races (Human, Elf or Dwarf), and you would have your traits and appearance and crap like that. You’re in a world filled with conflict, as a demon and his followers in the East (no, I’m not talking about Kim Jong-Un) threatens the borders, prosperity and peace of the kingdoms in the West. You take on quests, lead bands of warriors, and fight off the Orcs and their allies in order to bring peace back to the world. As you go deeper into your adventure, you create, loot or buy new armor and weapons, and learn knowledge that can help you defeat your enemy. Cook food, build a home or a fort, and explore the far reaches of the land.

This one is a lot less detailed, but only because it’s a simulator and there’s not any crafting or building or fighting or story or character development etc. All you really do is a drive around, get gas or some food, go see a drive-in movie, or run people over and get into police chases. Or you could see how long it takes for you to accidentally run into a mailbox or crash into another car and get the cops to chase you. Also, it’s in 3D (obiviously).